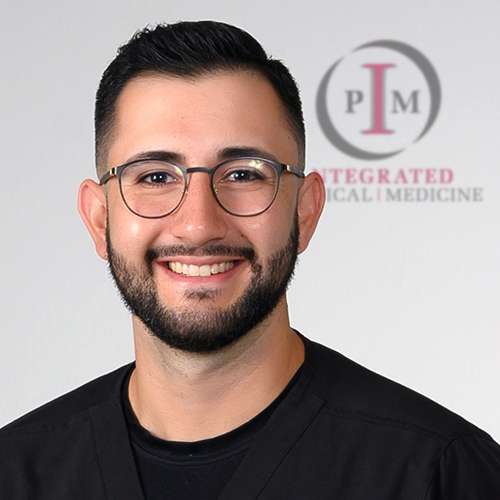 Make an Appointment with Alvaro Frias-Partida

Monday – Friday, 8am – 6pm. Leave a message after hours and we will return your call asap.

New Lenox athletic trainer Alvaro Frias-Partida, ATC grew up in Bolingbrook, Illinois. He attended Bolingbrook High School and graduated in 2013. He then graduated from Lewis University with his Bachelor’s degree in Athletic Training in 2017.

During high school and college, he was a member of the track-and-field team. While dealing with his own injuries, he was exposed to the field of sports medicine and learned more about athletic training.

Alvaro joined IPM in February of 2021. He is NATA BOC Certified as a licensed athletic trainer. He is also first aid/CPR certified and M1 Graston certified.

Prior to working at IPM, he worked as an outreach athletic trainer for Downers Grove South High School for three years. He has also worked for the United States Soccer Federation helping out at DA Academy Showcases in San Diego, Denver, and Sarasota as well.

In his free time, Alvaro enjoys spending time with friends and family, traveling, going on runs, and trying new foods.